Why Reverse A Rear Tire When Put On The Front? 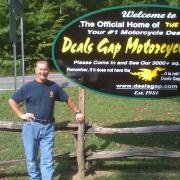