RE: Thanks for the thoughts and prayers 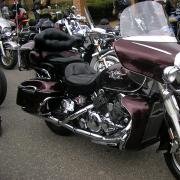